Pongal in the Catholic Church

Pongal in the Church

In many churches this Sunday, Pongal will be celebrated on a very grand sacle. The church will be decorated with traditional items like banana trees, leaves, kolam and so on. Milk will be boiled in earthen pots, allowed to spill over and Pongal rice will be cooked. The congregation will shout "pongolo pongal" when the milk spills over. Men and women coming for mass will be clad in colourful traditional Tamil attire. After mass there will be special "pongal games" and sumptuous meals.

In our parish too, Pongal is being celebrated in a very large scale. The prime-time English mass is shifted to an earlier slot to make way for the celebration of Pongal, the harvest festival of the Tamils. Wouldn’t it be unfair to the non-Indians who are so used to attend the English mass?

So much time and money is being channelled to make this celebration a success. Wouldn't it be better to utilise the money help the parishioners in need? Shouldn’t the money be used to compensate a poor woman like our former sacristan, Bernadette Lau? Aren’t there many other desperate and impoverished parishioners who may need the money more urgently?

It is deeply disturbing that the Indians and Chinese keep celebrating their respective cultures in the Church, more so in-cooperating them into the Eucharistic service. By doing so not only the sanctity of the mass is lost but such activities continue to divide the already racially polarized congregation.

Yes, my dear parishioners, racism is very real in our Church and what is most disturbing is that our own priests are initiating, encouraging and promoting it. Witnessing all that is going on, I am beginning question whether Jesus really is in our church. Very, very sad!!!

The following is a brief write-up about Pongal for the benefit of the non-Indians.

Malaysian Tamils celebrate Pongal on 15 January 2012.Thai Pongal, as it is called because it marks the beginning of the Tamil month of Thai, is a harvest festival originally celebrated by Tamils in the Indian state of Tamil Nadu and Sri Lanka.It was one of the most important festivals among peasants in villagers who tilled their land and reared animals.

Today it has evolved into a cultural festival of Tamils all over the world, including those who know nothing about farming. Pongal was traditionally dedicated to the Sun God Surya. Tamils thank the solar deity for the good harvest and consecrate the first grain to him

Pongal in Tamil means "boiling over or spill over." The boiling over of milk in the clay pot symbolizes material abundance for the household. Thai Pongal, celebrated at harvest time on the first day of the Tamil month of Thai, is traditionally intended to thank the Sun God and farmstead livestock that helped create the material abundance.

The saying "Thai Pirandhal Vazhi Pirakkum" meaning " the commencement of Thai paves the way for new opportunities" is often quoted regarding the Pongal festival. The festival usually occurs from January 13 — 15 i.e. the last day of the Tamil month Maargazhi to the third day of Thai.

In short Pongal celebration is a thanksgiving event for the abundant harvest in the preceding year.

The first day it is celebrated for the harvested crops and shared with friends and relatives. The main feature of this festival is the boiling of milk in a clay pot until it overflows when the family members gathered round the pot shouting, ”Ponggale oh Ponggale” then add rice to it. They offer the pongal rice to Suria,the Sun God to thank him for the abundant harvest.

The second day known as Mattu Ponggal, cows are adored and given the offerings. This is the time when villages decorate the cows and also the elders seek God’s blessing for their children. The cows are given a bath, their horns painted and they are decorated with garlands.

And on the third day known as Kanni Ponggal is dedicated to young virgins. Young women pray for a good life and a dashing great husband. The young unmarried ladies wearing new clothes, gold and silver ornaments will have special prayers for their future marriage. Virginity is a sign of purity to which great importance is attached by the peasants.

Significance of boiling over of spilt milk

The spilling of milk means prosperity and if the milk spills as the sun rises, it is a good sign for the family.

Ponggal and its relevance to us

Traditionally Ponggal used to be a harvest festival of peasants in villagers, who plough their land, plant crops and rear herds of cattle. Today it is being celebrated by everyone, even those residing in urban areas in high rise buildings and who have nothing in common with those villagers to whom pongal was such a meaningful festival. To many today in urban areas Pongal has become a symbol of their culture and tradition which they want to uphold for fear they may soon be forgotten by the future generations.

When we were children, in the sixties and seventies, we never celebrated Pongal as we were told it is a strictly a Hindu festival, whereby the Sun and Cow were being worshipped as gods. But today after 30-40 years, the Church seem to have taken a totally different stance. It encourages its followers to actively celebrate the festival, as it contends that is more of a Tamil culture, which all Tamils must uphold. Why this change by our church?

A festival that the church forbade some 30 years ago is being actively celebrated in the church today. In fact in many parishes, it has taken over the Eucharistic celebrations of mass on Sunday. Why such over-enthusiasm? Is it right to incorporate an ethnic culture totally into our Sunday mass attended by many races to the extent of driving away many to other churches for Sunday mass? Wouldn’t this massive infiltration of cultural elements into mass distract the minds of the congregation away from Christ who should be focus of our attention during mass?

The mass is a very solemn celebration where we should seriously listen to the word of God, witness the transformation of His body and blood, subsequently receive Him in Holy Communion and then go forth to share His love with others. Other cultural activities, singing, dancing and various performances should be held outside the mass so as not to allow them to divert our focus from Christ who should be centre of our Eucharistic celebrations.

Pongal had been celebrated much before Christianity came to India. Obviously looking at the way had been celebrated, it is obvious that it is basically a Hindu festival. It is easy to understand that as the Tamils were all Hindus and the vast majority of them continue to be so till today. Tamil culture is so inter-twined with Hinduism that it is difficult to separate one from the other.

Being traditionally a Hindu festival, is it wrong for Tamil Christians to celebrate? Is it wrong to thank the Sun, the greatest gift of God to man, without which no life would never exist? Is it wrong to appreciate and adore the cow, which provided for all the needs of the peasants?

Regardless of one’s religion I see why we cannot adore the marvels of God and pay tribute to His creations that provide us with all our daily needs. While it is not wrong for Christians to celebrate Pongal, we should not overdo things so as to mask the presence of Christ at mass which all excessive cultural activities do.

While we go about celebrating Pongal as our right, we must be aware that there have been fears expressed by fellow Hindus that this change of mindset of the Church in going all out to adopt Pongal and certain other cultural practices by the Indian Christians may be part of its tactic of "inculturation,” aimed at getting Christianity to appear less Western and more Indian thereby more appealing to them to embrace it. It is our duty to allay such fears among our fellow Indians from the Hindu faith as it would be morally wrong to convert someone from one religion to another.

Thanking Mother Nature for the abundant harvest that gave the peasants and their families good life is indeed a noble one. Sharing their harvest with neighbors is of greater nobility which we should all emulate regardless of our own faith or culture.

We should take Ponggal as an opportunity to thank the Almighty for the abundant blessings we received either overtly or in disguise. Often these blessings come in disguise, which we only realize much later when we overcome the various crisis that come our way. It is in sharing our blessings with our neighbor will we be rewarded with more.

Excellent ! Thank you for sharing this. I used to wonder the same thing why its been celebrated.

You nail it. I agree with this. Ponggal is a religious festival, not Indian. The purposes or ideology of ponggal celebration is to thank sun and other nature. We need to worship creator, not creation. I felt sad with our Church priest less knowledge on this. Make confuse of our generation...with no boundary. 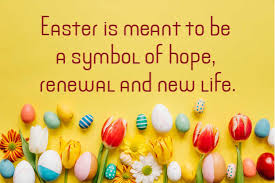