The priest with the heart for the poor

The priest with the heart for the poor


Today there are too many preachers and few doers. Fr.Hendry Rajoo is one of the few who does what he preaches and only preaches what he does. His humble beginnings may have contributed to his concern for the poor that takes him to the ground to see and experience personally the pain and suffering of the poor people. This had driven him to organize the various aid programmes for the poor in his parish of St.Anne in BM. In fact it is gratifying to note that he has adopted charity and solidarity with the poor as the main focus of his parish, in keeping with the teachings of Pope Francis that the church must be poor.
It is time for churches all over to realise the importance of being poor and show solidarity with the poor, suppressed and despised in society. Jesus was poor and he identified with the poor and as his followers we too should do likewise.


In last Sunday's second reading we read, "Whoever says, 'I know him' without keeping his commandments, is a liar, and truth has no place in him" (1 John 2:4). These are strong words that tell us we must keep Christ's commandments otherwise we cannot claim to his followers. His commandments are being poor and being one with the poorest of the poor.
Jesus didn't command us to build majestic buildings to house him but to seek him in the poor and needy. Ironically today we are more concerned with building big beautiful churches, huge pastoral centres and organize mammoth  feasts and elaborate celebrations to mark important days  but  have little time and money for the poor and needy in our midst,who matters most.
Fr.Henry is an inspiration for us to reach out to Jesus in the less fortunate in our midst. Jesus' commandments is not about rituals to cleanse ourselves but more about seeking him in the most difficult and desperate situations and in those in struggling in pain and agony in their lives. It is about charity, love and compassion for fellow men.

As Fr.Henry says,“There are plenty of poor in BM, and I never really reached out to them.”,so are there many poor among us,whom we have yet to reach out and discover. The question is whether we are willing come down from our pinnacle of comfort to look our for them.
Let us be like the amazing stranger who Fr.Henry described,"He came in, he saw the need, and he addressed the need.”
at April 21, 2015 No comments: Links to this post


The next 3 days are the most important in our Church calendar. The Holy Thursday tomorrow, Good Friday the day after followed by Easter. These days signify important virtues that were portrayed by Jesus in the most impressive way by his Passion. 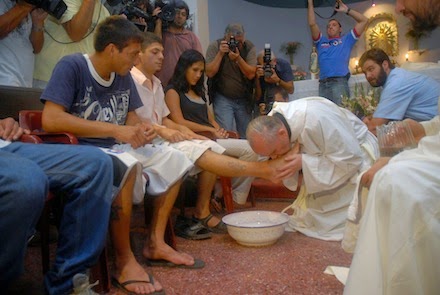 The washing of the feet of his apostles on Holy Thursday was an act of extreme humility that Jesus wants us to emulate in our own lives. “If I, then, the Lord and Master, have washed your feet, you must wash each other's feet”(John13:14). How willing are we to wash the feet of others, especially those under our care and less fortunate than us? 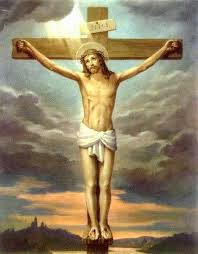 On Good Friday we commemorate the Passion of Christ that led to his most brutal crucifixion. In His agonizing Passion and death on the cross he demonstrated his forgiveness towards even those who insulted and persecuted him in the cruelest form. Instead of retaliating with anger and vengeance he reacted with love and forgiveness. As he hung on the cross dying he still could say, “Father, forgive them; they do not know what they are doing”(Luke 23:34).This is something no ordinary man can and will do.
Jesus accepted the persecution and humiliation of his Passion willingly without anger and hatred for those who inflicted pain and insult on him.
None of us may be able to do what Jesus did but the least we can do is to reflect on ourselves to see how we compare to him. How do we react towards those who hurt us, insult us and even plot our downfall? How do we react towards those who betray us, punish us unjustly and rob us of our possessions, peace and happiness? Do we harbor hatred and anger against those who have hurt us? Are we willing to forgive those who have hurt us? Are we willing to go out of the way to seek forgiveness from those we have hurt?
Today one of the main sickness in our society is apathy that was illustrated by Pontius Pilate in dealing with Jesus death. We may be too busy with our work and struggling to make ends meet. We may be too busy to earn to support our family as the cost of living has escalated to levels beyond our reach. In this process we tend to forget those less fortunate than us. We become devoid of feelings for others who may be in pain and agony. They may not need money but just our time, our smile and some comforting words which we find hard to give.
Then there are those who are treated unjustly in our midst, our colleagues and subordinates. They are overworked, underpaid and rights denied and even abused. We may be in a position to do or at least say something in their support but we are too afraid and remain silent. 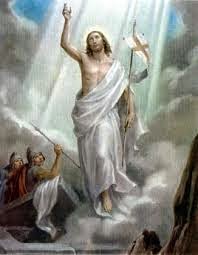 The Holy Week is a time to reflect on our attitude towards others. It is a time to think of others who are less fortunate than us, to feel for them and do something within our means to support them in whatever way we can.
The Holy Week culminates in the resurrection of Jesus that symbolizes his victory over death and sin, His resurrection gives us hope that if we continue to do his will and suffer as a result we too will one day come out victorious over our own sins and death.

Have a Holy and Blessed Holy Week and a joyous Easter