Accepting Jesus into our lives 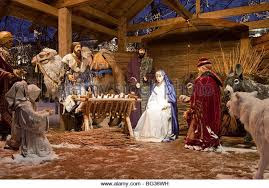 Christmas is just around the corner and to most of us it may a day of special prayers, joy and celebration with relatives and friends. It is indeed a day of joy and celebration as it commemorates the birth of Jesus more than 2,000 years ago. However considering the humble circumstances of that birth in a stable, far away in the wilderness and in the presence of poor shepherds, it should mean much more to us than just a normal birthday that we celebrate every year. Jesus was not born a prince in a palace but as the son of a poor carpenter in a stable meant for animals.

Christmas is a day to reflect on the real message Jesus was trying to impart to us by his humble birth. He wants us to adopt the virtue of humility in our own lives too. To us, his followers, Christmas is not just a birthday but the coming of Jesus into our lives. It should be a day to re-admit Him into our daily living, interacting with people around us every day.

Let us not be carried away too much by the external celebration of Christmas but rather look into ways of adopting his values into our lives – humility, compassion and forgiveness. Let us be his instruments of peace and goodwill among men.

For Christmas to be meaningful we must share the little we have with those who don’t have any.Let us spare a little thought and time for the less fortunate among us who are lonely and longing for our company. Yes, Jesus is waiting for us in disguise. Are we willing accept Him into our lives? 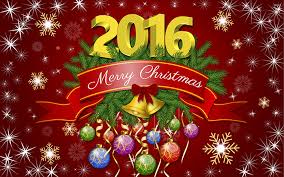 Wishing all a very blessed and Merry Christmas

Mother Teresa - The Saint of the gutters 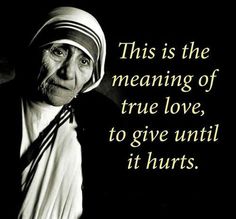 It is fitting to salute and honor Mother Teresa with sainthood sainthood.However we must not forget that behind all these mammoth celebration and the grandiosity of her canonization, is a little frail woman of great simplicity,humility and great love and compassion for the poor and destitute.

Yes,Mother Teresa of Kolkata may be officially a saint now but she to her poorest of the poor, she was already their living saint of the gutters,the mother of the poor and destitute who lived with them and like them in the most impoverished state in the gutters and slums of Kolkata.She may have gone to help them but in the process became one of them.

Let's not allow her sainthood to alienate us from what she did and stood for in her life.She did not seek monetary gain nor did she seek glory and fame for what she did.All she wanted was to touch the hearts of the poor in whom she saw the face of Jesus. Mother Teresa was the symbol of love for the poor.

The least we can do is try to follow her footsteps in our own little ways,by showing a little concern,compassion and love for the less fortunate among us.As Mother Teresa said,we may not be able to do great things but surely we can do little things with great love.Mother Teresa saw God in the face of every poor she met.The question is whether we too see Him in those in need ? 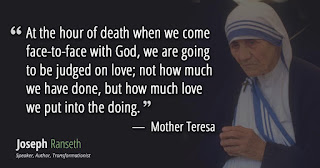 
A dedicated soldier of Christ 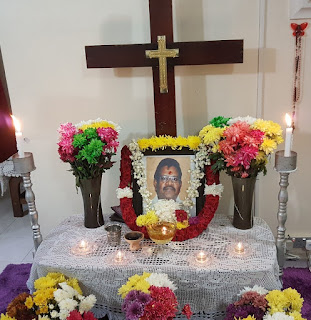 I got to know the late Bro.Santhanasamy when he was the PPC chairman who got me involved in the annual medical camps he organized in the church. However it was only after his major near fatal accident I got involved with him closely because of the treatment and surgeries he underwent one after another.

He was a God-fearing and righteous man who dedicated much of his life in serving God in the church. He was one of the longest serving PPC chairman of NBVM Butterworth. He worked with so many parish priests during his tenure as PPC Chairman.

He did not have high position or much wealth but he had an unshakable love and faith in God and His church which he believed firmly were instruments to bring peace and goodwill to man. He was also one of the few who did not forget those who helped him when he was down and out. For the little help I gave him during his illness he repaid me with his deep concern and love for me and my family. He was the only one who cared to call me first thing in the morning on every special day to greet me. Today I feel extremely sad that I have lost such a good friend and his phone calls and greetings.

In the short time I knew him, I saw him as one who dared to stand up for what he believed to be right. As a result he could have hurt and angered many among clergy and laity. During the final months of his life when he was inflicted with chronic kidney disease, he used to relate his disappointment over how he was being treated in the church he served for many years. He related how sorry he felt for those he could have hurt in the course of carrying out his job as the PPC chairman. It is only fitting today for each one us today seek his forgiveness for the hurt we may have caused him, forgive him for his misgivings and pray for his eternal rest. Let us also pray for his wife and children, who have been left without a fatherly figure and adopt them into our bigger family of Christ in NBVM.

His ill-health during the final years of his life did not demoralize him but he continued to offer his help in whatever way he could. This spirit of 'never give up' was a great inspiration for me and many others who knew him. Despite undergoing three near death illnesses, he never gave up till the very end. In fact one parish priest even described as the "Miracle man".

I will definitely miss a dear friend and comrade in serving the poor and needy. May God look with mercy and grant him eternal life among His angels and saints.

As for his beloved family, we know what Bro.Santhana meant to you and we understand the deep sense of sorrow you have been inflicted with by his death. We hope and pray you can pick up the pieces and carry on with your lives to continue with the legacy he has left behind.

May he rest in peace